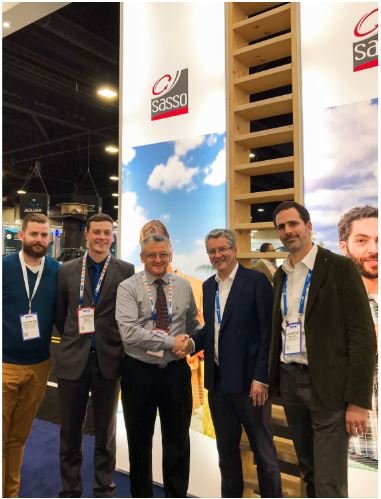 At IPPE 2020, an annual event that takes place in the United States, Vilmar Vidor and Vinicius Vidor from Gramado Avicultura and Louis Perrault, Edouard Perrault and Laurent Salles from SASSO, signed the new commercial agreement that further strengthens the relationship between the two companies. The partnership will benefit the Latin American customers. SASSO became part of Hendrix Genetics in 2017.

Once again, Hendrix Genetics participated to the annual tradeshow SPACE held in Rennes, France, from September 13th to 15th. This event is the not-to miss meeting for all the livestock industry in Fr…

How to properly manage the weight of your future breeders

From their first week of life, the farmer must control the growth of the future breeders to ensure a good body composition. In this article, you will find our advice on how to manage the weight of fu…

SASSO returns to the Ecuadorian market

For more than 15 years and the first significant avian influenza crisis in France, SASSO was no longer able to supply its customers in Ecuador. After having restarted the process in 2020, we finally …